Nonabsorbent dressing! No, that's not the name of a band or a gravy-resistant Thanksgiving side dish.

In the medical field, the term is usually "adsorbent", and that's exactly what D2 QuikClot internal bandages are.

QuikClot bandages from Z-Medica have been on the market for some time. They look like regular gauze bandages in various sizes, shapes, and packages, but they are "coated or impregnated" with kaolin, a clay (natural or made in a lab) that can help induce clotting. The bandages are meant not to soak up blood (though they will do that too), but to actively stimulate clotting. Once the patient has been stabilized, the bandage is to be removed.

The implications for a product like this are far-reaching. Field sites, remote and rural places, military operations, and even for injuries that happen close to medical facilities but which might be severe. 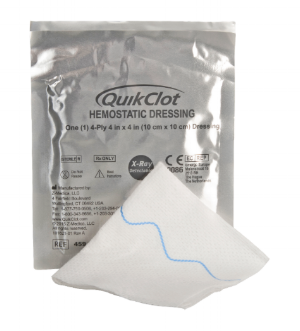 Z-Medica recently gained de novo approval for what is essentially a new version of this device. Dubbed QuikClot Control+, these bandages are, per Z-Medica  "...the first and only non-absorbable hemostatic dressing cleared for internal organ space use in severely bleeding patients. QuikClot Control+ is indicated for temporary control of internal organ space bleeding for patients displaying class III or class IV bleeding. It may also be used for control of severely bleeding wounds such as surgical wounds and traumatic injuries."

These bandages are a version of the regular QuikClot that are approved to be used internally. Some might even say they are substantially equivalent! (That's a de novo joke, and not a very good one.). Like their original counterpart, they also look like guaze bandages, and have that same clot-inducing material in them to help stop bleeding with a quickness. The difference here is that they are approved for major bleeding, trauma, and to help with internal injuries.

Class III and Class IV bleeding are classifications of hemorrhage-level bleeding. Class III indicates a loss of 30-40% of circulating blood, while Class IV is 40% or more. A bandage that can stop that type of severe blood loss is pretty impressive.

What's also interesting about this de novo approval is the testing that was required. First, this product was tested only on animals. That might not be the most pleasant thing to think about, but you don't exactly want to wait and test it out on a human patient who's bleeding out in front of you.

Second, check out this list of considerations and factors to prove when getting FDA approval for a device that, on its face, seems relatively simple: 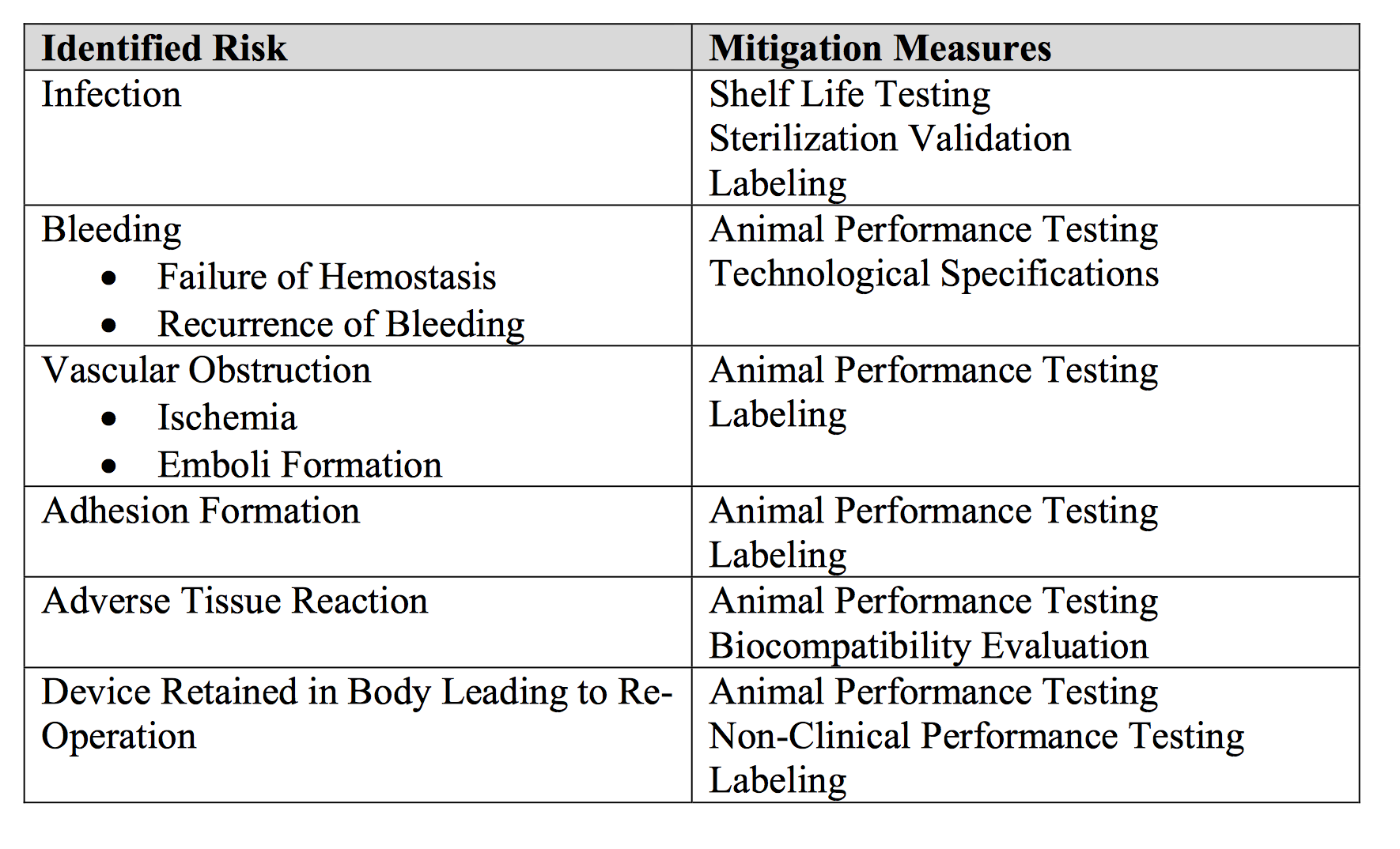 In other words: is this product going to work? Will it cause infection if the sterility isn't maintained? Will it have a negative impact on the surrounding tissues? Will it create complications down the road? Will the patient get an embolism or bleed out later anyway? FDA wants to know what the risks are for your device and then understand how you have mitigated these risks to make it safe and effective.

This is another good example of a medical device that seems so simple and straightforward—and to some degree it is, as it was granted de novo approval—but which showcases the rigor and thorough thoughtfulness required to get a medical device through FDA!

US FDA Update: Is it a Device? After the Fact Design History Files
Read

Impact of FDA Adoption of ISO 13485
Read
See All Posts